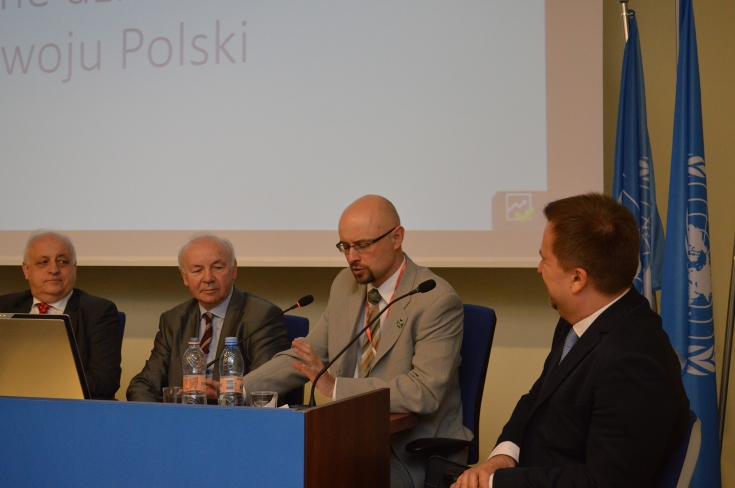 In the headquarters of the Ministry of Finance a presentation of the first report of the UN Global Compact Initiative Poland on the gray market in the Polish economy was held. The report is prepared by EY in cooperation with state administration and entrepreneurs.

- The events of recent days show that the issue of the gray zone is not an imaginated problemy, but a real, important issue, especially for the Ministry of Finance - said Minister of Finance, Paweł Szałamacha in the opening speech. He pointed out that according to estimates prepared by the various institutions, the gray economy in Poland can range from 12% GDP to even 24%. - This shows the scale we are talking about and how the shift of even a few percent to the "white zone" might have a positive impact on our economy - he rated.

The report presents the diagnosis of shadow economy in Poland, with a special analysis of the most exposed  industries, ie. fuel, spirits, gambling, tobacco, and the issue of non-cash transactions.

The President of ZP PPS, Leszek Wiwała, in a discussion emphasized that gray zone in the strong alcohol reduces budget income by arround 3 billion PLN per year, also harms honest businesses operating in the country. It is difficult to precisely determine the scale of gray zone, but it is estimated that unregistered consumption ranges from 16% to 33% of the legal market. In the last few years we have seen a significant increase in imports of contaminated alcohol, mainly from Hungary. The problem of the gray zone is mainly related to decontamination of technical alcohol, high excise duty on spirits, lack of coordination between the services and the redemption of affairs or too mild case law. Addressing these areas will help to reduce the problem and increase budget income.