Detailed information on the specific actions and their impact is available in the SOCIAL REPORTS of the spirits industry.

Objective: to build awareness of the equivalence of all alcoholic beverages and responsible consumption.

Campaign is planned for 3 years. 20 % of respondents in evaluation study after 2 years of operation declared that they had a contact with the campaign, 77% rated it positively and 78% agreed that this kind of educational campaigns are necessary. Summarizing the activities in all communication channels, in 2017 campaign messages reached over 8 million people.

„HERE WE CHECK IF YOU ARE AN ADULT”

Objective: to reduce the availability of alcoholic beverages to underage youth. Retailers from all over Poland are invited to participate in the campaign. By joining this action sellers commit to reliable control of IDs of young people and not selling alcohol to minors.

Partners: Polish Chamber of Commerce and the Polish Organization of Trade and Distribution, as well as retail networks: Kaufland, Gama, Rabat Detal, SPAR. The campaign was organized under the patronage of the Minister of Economy and the Chief Commander of the Police. 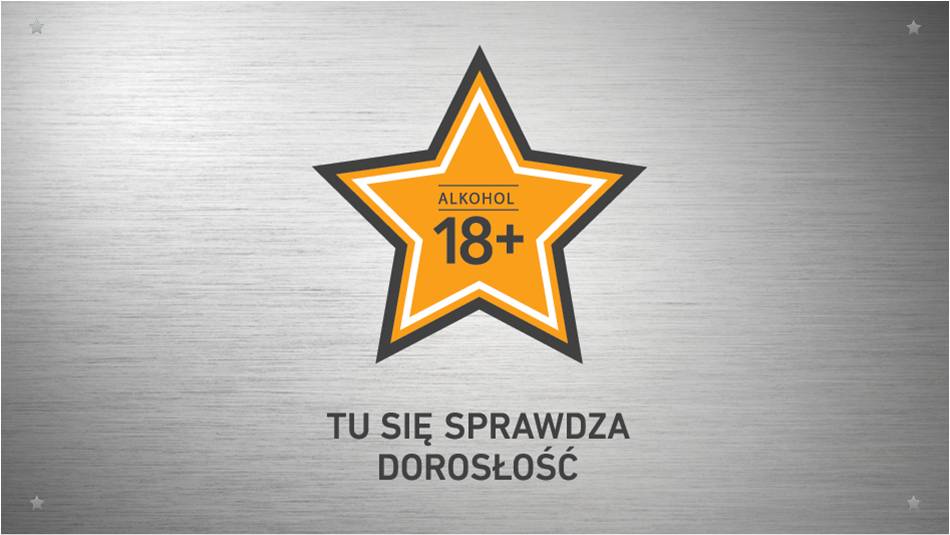 HAVE YOU BEEN DRINKING? DON’T DRIVE!

Objective: to draw the attention of both drivers and passengers to the need for sobriety while driving, and to highlight the tragic consequences of driving under the influence of alcohol. The campaign consisted of preventive street-work actions in clubs and discos as well as a media campaign.

Campaign carried out as a part of the government programme “Safer together”.

More information (in Polish) at: http://www.pilesniejedz.pl/

A BETTER START FOR YOUR CHILD

Objective: to educate women and medical professionals about the negative effects of alcohol consumption while pregnant, noting that any amount of alcohol may cause damage to the foetus.

Objective: to promote a safe and healthy lifestyle among the youth; to promote a substance-free lifestyle. Together with Polish Police Headquarters, ZP PPS produced a prevention-focused video House Party (Domówka), intended for teenagers aged 14-17 (junior high school age). The video was accompanied by a lesson plan with scripts for the teacher.

The video along with the lesson plan were disseminated among schools and police units nationwide. They have been used by police officers, municipal police staff, teachers, and NGOs.

The video was made as a part of a programme called Crime Prevention, Protection of Safety of Citizens, and Protection of the Public Order for the Capital City of Warsaw 2012–2014 (Safe Warsaw).

Objective: to raise the social awareness of the risks connected with consumption of alcohol from unknown sources. The campaign was also designed to teach the public how to recognize illegal products. It was carried out in 2013 in the three voivodeships where the risk associated with of these problems is the highest. The target group was: persons aged 40+, earning less that PLN 2500 per month, residing in smaller towns and villages.

Positive response to the campaign: 91%
Impact on attitudes:
7% rise in awareness of the risks associated with the consumption of illegal alcohol, such as death and poisoning
3% decrease in the proportion of persons reporting the purchase of illegal alcohol

CONSUMER EDUCATION
ZP PPS maintains an educational website with information on safe alcohol consumption. The website (in Polish) is available at: www.pijodpowiedzialnie.pl

GUIDELINES FOR RETAILERS
The educational efforts of ZP PPS also include a set of guidelines for retailers, educating them about responsible alcohol sales and service and providing recommendations with regard to training sales assistants who handle alcohol sales.