Most consumers drink alcohol responsibly and in moderation, taking care to avoid drinking in situations that require sobriety. However, in each society there are some people that abuse alcohol or use it in a socially harmful manner, and that is what provides the motivation for preventive and educational actions. The spirits industry willingly accepts its role in these efforts, alongside the public authorities and NGOs.

In the last decade in Poland, many alcohol-related indicators have improved. However, underage drinking and consumption of illegal alcohol remain a challenge.

3. Driving under the influence of alcohol

Poland ranks 19th in Europe in terms of risky alcohol consumption.
However, at 2.4%, the proportion of women who abuse alcohol in Poland is the lowest in the EU.

Proportion of residents reporting alcohol abuse in the EU (in %) 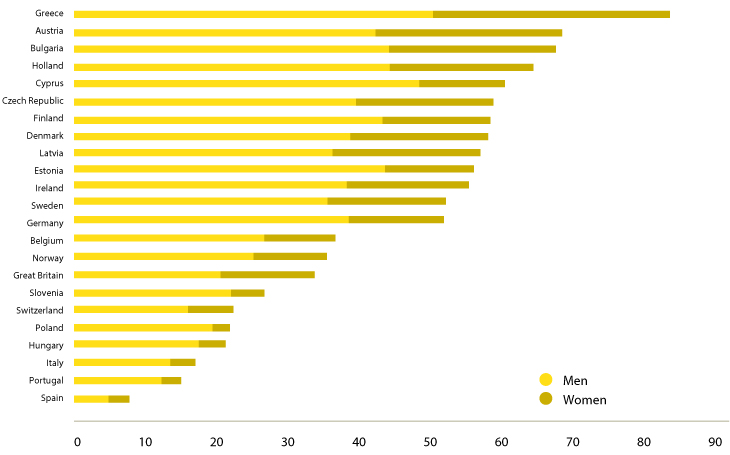 Approximately 800 000 persons are alcohol addicted in Poland. This corresponds to 2% of the population.
Source: State Agency for the Prevention of Alcohol-Related Problems (PARPA).

3. Driving under the influence of alcohol

Road accidents caused by drivers under the influence of alcohol, 1999–2012

Underage drinking is a problem in the majority of European countries. Research demonstrates that Polish adolescents use alcohol somewhat less frequently than their counterparts in other countries. Alcohol is usually used in the form of beer, with wine and vodka used less typically.

For a few years now, the proportion of women who fully abstain from using alcohol during pregnancy has been on the rise. However, the number of medical practitioners in the ob-gyn field of medicine who educate their patients about the negative impact of alcohol on the foetus is still too low.
10% of women in Poland consume alcohol while pregnant.
65% of women report that no medical professional had a discussion with them about alcohol consumption while pregnant. 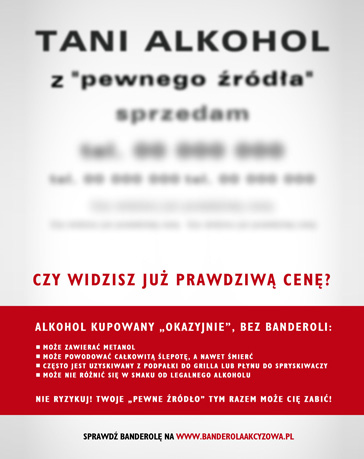 According to a variety of estimates, they gray market with relation to alcohol is 10% - 30% of the official market. Unregistered consumption amounts to 18 million litres of pure alcohol, which is approximately 15% of the legal market of spirits drinks.

In 2016, according to the National Health Fund, 152 people have been poisoned by methanol and 37 died of poisoning. On the other hand 192 Poles got poisoned by glycol, out of which 24 died.
The losses suffered by the State Treasury and local governments (exclusively in unpaid taxes) amounted to approximately PLN 858.3 million in 2011.

Members of ZP PPS are aware of these issues. That is why they are involved in social and educational campaigns. You can read more about them here:  OUR CAMPAIGNS.